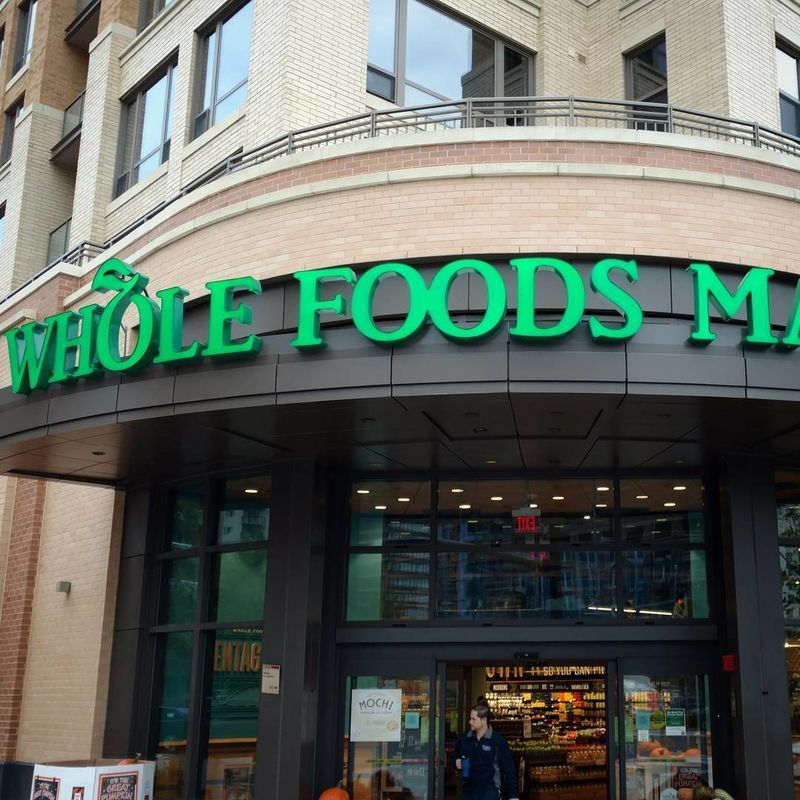 The Home of WTFCC
Keeping the coffeeneuring train rumbling down the tracks, I stopped at the Whole Foods in Pentagon City to meet up with some friends for the Whole (Thursday) Foods Coffee Club (a.k.a. WTFCC). This coffee club has a reputation for being one of the ones that tends to be more heavily attended in the earlier hours in the morning, and I was running a few minutes behind. I was afraid that I would be having a coffee club for one, but as I rolled up and peered into the window I was pleasantly surprised to see Steve-O, Kathy, and Pete. 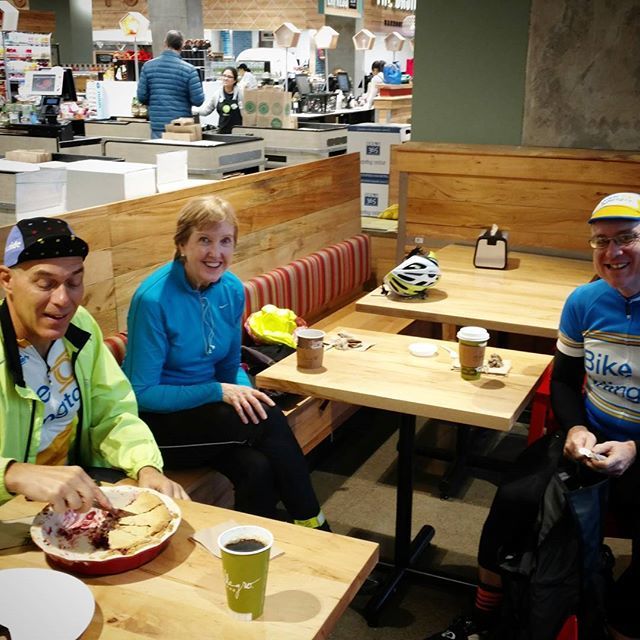 My coffee club companions
I picked up a hot cup of their house medium roast, which was generic but serviceable, and made my way to join the crew. I was pleasantly surprised to be offered pie by Steve-O when I sat down. It was delicious and that particular slice was not long for this world as I happily devoured it. It was great to chat with the three of them and was a great start to the day. 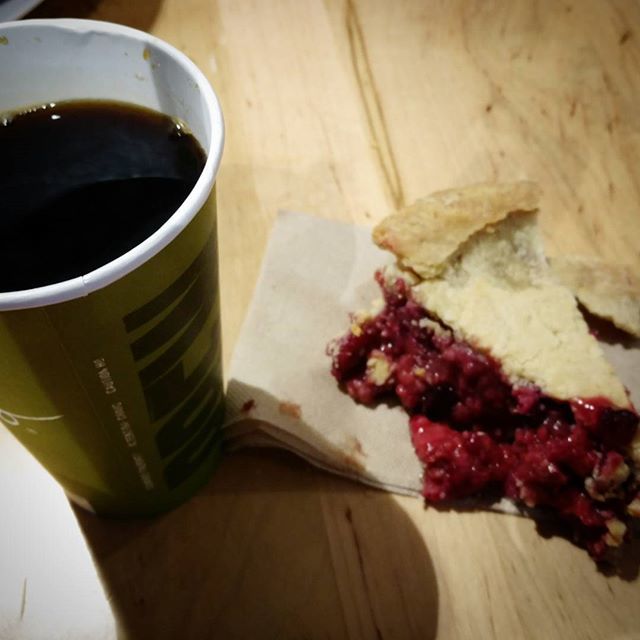