2016 has been a good year for biking, even if the weather hasn't been wholly cooperative. As of this afternoon, I have surpassed 1,000 miles for the year, and it isn't even March yet. Last year I reached 1,000 miles on the 13th of March, so I'm about 2 weeks ahead of last year's pace. I credit the higher mileage with the fact that I have ridden my bike every day so far this year, a feat which has taken some logistical work. Between a blizzard blanketing the mid-Atlantic earlier this year and visiting family in Florida, I had many excuses not to ride. I did not use them. 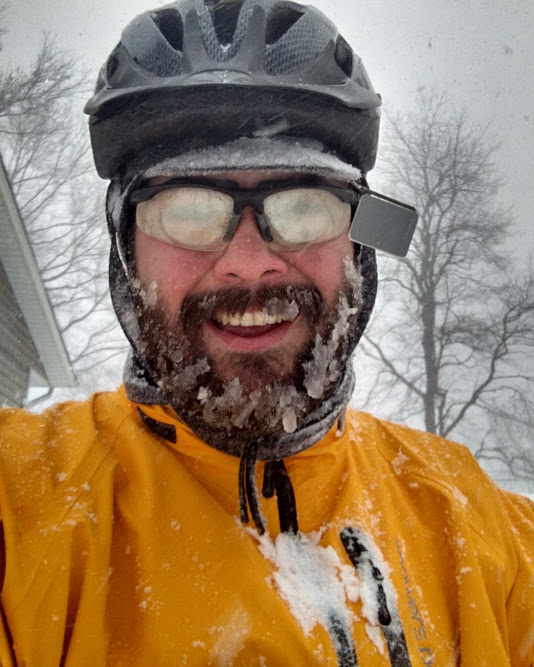 Riding in the Blizzard
After completing Freezing Saddles last year I realized that one of the reasons my position on the leaderboard was not higher was due to the fact that I had largely taken the weekends off to let my legs rest. Since each day you ride at least a mile gets you 10 points and each mile gets you 1 point, having nearly 3 months of weekends off can give you a serious point deficit. So, when I decided to enter the competition again this year, I also came to the decision that I would do my best to ride everyday. Happily, I've met that goal by riding through a blizzard, climbing over mounds of unplowed snow, riding through torrential downpours during a tornado warning, transporting my bike thousands of miles to ride while in Florida for a week, and by using a rental bike one day in Key West that was provided free once they heard what I was doing. It has been a lot of fun. 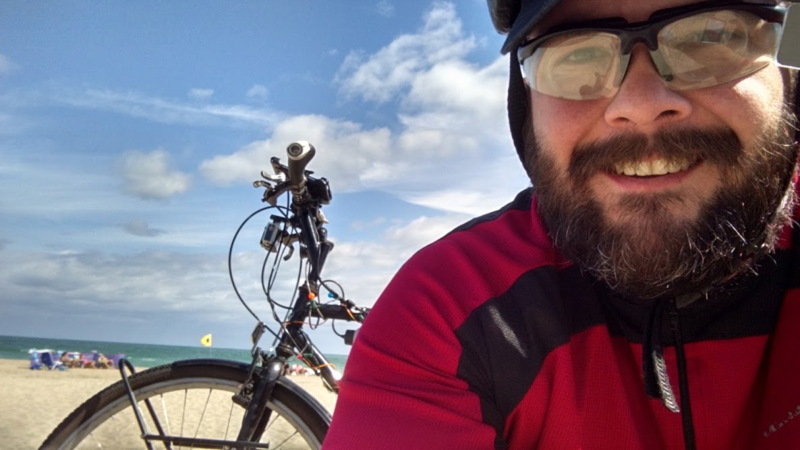 Riding in Stuart, FL
It has also been a surprise how my legs have adjusted. Initially, not taking my customary break on the weekend made my legs feel tired and leaden. However, in time things got a bit easier. Now with 60 consecutive days under my belt, which is by far the longest riding streak I've ever had, I look forward to completing Freezing Saddles having ridden every day, barring the unforeseen of course. 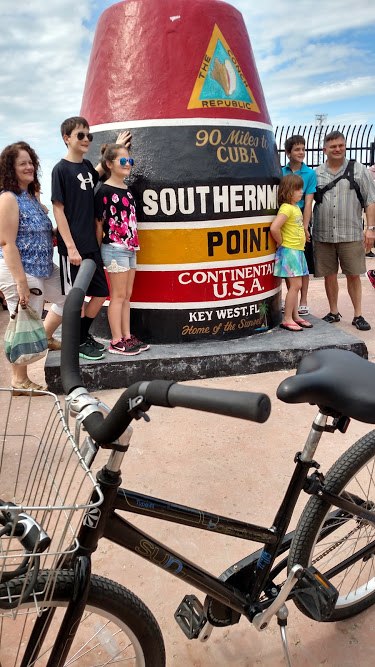 Riding a Rental Bike in Key West
The Freezing Saddles site generates a lot of metrics from the ride data it takes in from Strava. As of tonight, here are a few fun ones. So far this year I have spent 4 days, 38 minutes in the saddle. I have ridden 269.63 miles in temperatures below freezing. I've spent 4 hours and 9 minutes riding before sunrise and 1 day, 9 hours, and 38 minutes riding after sunset. The coldest ride it measured was 11.5 degrees F for 1 hour and 42 minutes (my bike thermometer registered lower). The ride with the most rain this year was 1.21 inches over a 57 minute ride.
The amount of fun I have had is immeasurable.
It has been fun setting goals and seeing myself progress toward them. I'm definitely looking forward to the miles ahead.